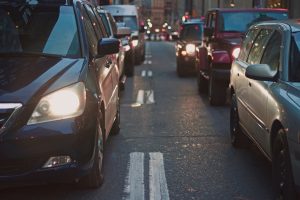 December is National Impaired Driving Prevention Month. Why this time of year? What does that mean for insurance? The National Association of Drug Court Professionals describes the time between Thanksgiving and New Year’s Day as “one of the deadliest and most dangerous times on America’s roadways due to an increase in impaired driving.”

So, what can we do to be responsible? The National Highway Traffic Safety Administration suggests the following:

This doesn’t just include drinking, although that’s what most people associate impaired driving with. Impaired driving can also be driving under the influence of drugs, whether they’re over the counter medications, prescriptions, or illegal drugs. Other than alcohol, marijuana is the drug most frequently detected after an accident (NHTSA). Marijuana, although most find it harmless, is not harmless when you pair it with getting behind the wheel of a car. It can impair reaction time and the ability to stay in your lane, seriously increasing the risk of an accident.

So, what does this mean for insurance?

If you’re convicted of a DUI, you must maintain liability insurance, including an SR22. What’s an SR22? It’s an endorsement on your auto policy that provides the state with proof of your insurance, proof that it’s active, and alerts them if it’s cancelled. Not every insurance company will insure a driver with a DUI and SR22. This means that being convicted of a DUI could cause you to be dropped by your current insurance company, no matter how long you have or haven’t had a clean driving record, and could put you in a crunch to find insurance that will cover you with that endorsement.

You may also see an increase in your insurance premium. The cost of the SR22 endorsement is usually around $25. Not a huge increase, right? Where you’re going to see the increase is in the violation that required the SR22, for instance, a DUI. When your MVR is ran by your insurance carrier, you can bet the DUI will show, and your premium will be affected by it.
So, what can we do to prevent ourselves from getting a DUI? This seems like a simple question, yet we still see several DUIs issued, especially around the holiday season. Don’t drive buzzed or high. Even if you’re just tipsy or you just took a Percocet for the pain you have in your shoulder after having shoulder surgery. Sure, your doctor gave you the prescription, but the pharmacist provides warning at pickup, in a packet, and possibly even on the bottle to use caution while taking the medication.

When the decision to drive impaired is made, you’re not just putting yourself at risk. You’re putting your passengers and other drivers at risk. You can easily get pulled over, end up in jail, and cost yourself a lot of money in court costs and insurance. Or worse. You could seriously injury someone or even take their life. It isn’t worth it. Don’t do it.

Get an Instant Quote

Call us Directly
Find Us: